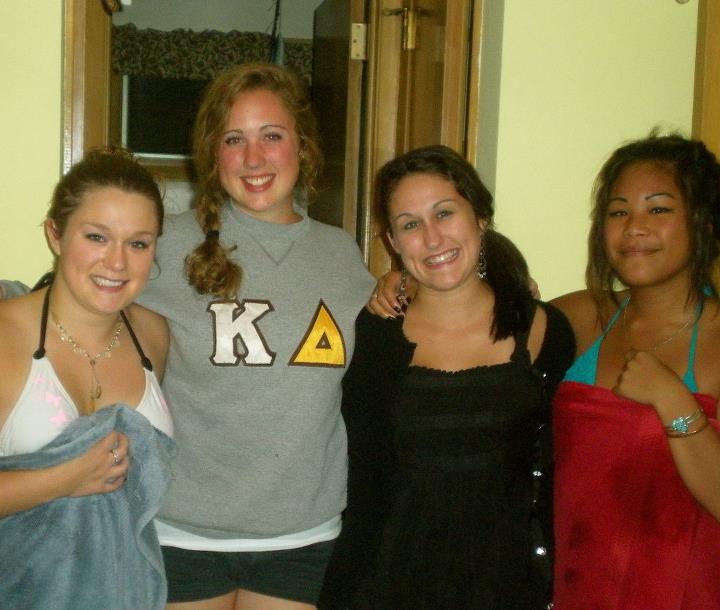 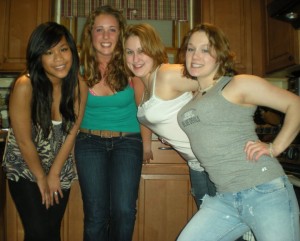 The Original Ladies Night. March 2010. Dani, Keffy, Me and Sarah

I know, I know, it’s not Friday. But I was home this past weekend and I have to write a post about 3 ladies who are near and dear to me. I have been blessed with some of the best friends in the world (I’m sure most people say this) but I have also been fortunate enough to have a blog where I can sing their praises. These ladies know how great they are but sometimes we all need a little reminder that there are people that love and care about you even if you do not see or even speak to them constantly. This is that reminder. 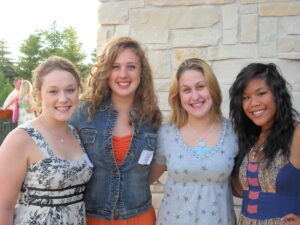 The night before they graduate. May 2010. Sarah, Keffy, Me, Dani

Dani. Keffy. Sarah. Sarah is obviously my sister so I see and talk to her all the time. Dani and Keffy are a little different. I have known Dani since I was 7 years old, mainly because she was a close friend of my sister’s. Dani and I weren’t really friends, at least that I can remember, until high school. The same with Keffy. She came to our school when I was a sophomore so that’s about the time that we became friends.

Keffy and I were in musicals together and I’m sure we hung out since she and Sarah and Dani are all the same age. The time I remember most with the four of us was when I was a sophomore in college, home for a few days on spring break and they were seniors in high school. Keffy’s parents were out of town for the night so we decided that we were going to have ladies night. I had a little bit of alcohol and I think Dani may have too. Anyway, we were just hanging out and playing games and having some drinks and it was a blast. Ok, so maybe we all had a little bit too much to drink but it was a blast. All of our shenanigans will stay between us, however, sorry readers. We repeated this night one more time that following summer, although it ended in disaster and the four of us were together again over Thanksgiving break and partied with a mutual friend and then just like that, while we were all still friends, the four of us were not together again, until Sunday night. 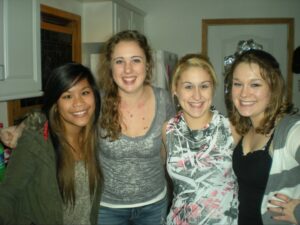 Thanksgiving 2010. Dani, Keffy, Me and Sarah

Sure, I’d seen Dani and I’d seen Keffy. But the four of us together just never worked out. Keffy was in Indiana, I was in Iowa, Sarah was in Northern Wisconsin and Dani was in Milwaukee. Our breaks never lined up and someone was always gone over the summer. So when Sarah found out that I was going to be home for a quick weekend and that Keffy was on spring break and had just gotten back from Florida, she talked with Dani and Dani agreed to head back so we could all be together. 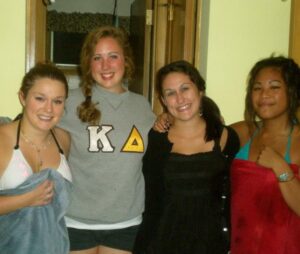 A lot had changed since the summers when we would lay out on the beach and tan- Dani had a 4 month old and I was living in Iowa with Keaton. Additionally, Sarah had just graduated college and Keffy was getting ready to graduate in a month. When we all sat down for a drink and appetizer, it was as if nothing had changed. We talked about the same things we always had: boys, our families and our goals/dreams for the future. We talked about moving to Ireland and working at the same place if they can’t get jobs soon in the current market. 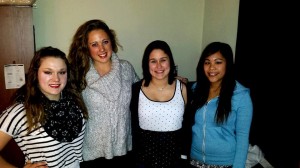 Either way, it was so great to see these ladies and just sit and chill and catch up. I have no idea what I would do without these ladies in my life and am promising myself to never let it be 3 years before we are all together again.