Y’all, I know, I know, it has been FOREVER since I last wrote. I mean, almost 13 months but who’s keeping track? Add this to the list of reasons why I would be no good at being a professional blogger. Seriously, where has life/time gone? Let me fill you in…

Last I wrote I recapped my month as a vegan. Well, I was vegan again this past February and it was actually easier. There was less researching the food I was going to eat and I already had a few brands that I loved. Natural Grocers put up a store by me and they have some awesome vegan options so that helped as well.

At the end of September I officially onboarded and joined the LuLaRoe family! It has been an amazing journey and I have an outstanding team but it definitely is more work than it looks like. As rewarding as it is there are days when it is a struggle and really hard work. Ideally, the goal is to keep selling LLR so that I can go full time with it and start to pioneer instead of working a 9-5 at my current job. That’s a work in progress though. Since I last wrote I have had not one but TWO job changes/promotions and I am currently training new hires to our department. I was also honored as one of the top employees at the company and was flown out to Arizona for an awards banquet. It’s been a whirlwind.

My mother and older sister started talking again. Back in 2014 I wrote a post that highlighted the fact that my sister and my mom weren’t talking – a debacle that started in the beginning of 2012. Well, after about 5 years I am pleased to announce that they are slowly starting to talk again. Everyone is still walking on eggshells but it’s HUGE progress and I’m excited to see where we go from here.

…I would say those are the highlights… 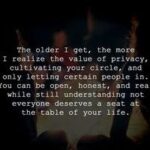 A lot of my absence has to do with becoming a more private person and not wanting to share as much of my life with everyone. I want highs and lows and special moments to be shared with those that are the most important to me. I’ve never been one to be blasting my daily life on all avenues of social media for everyone to see. I’m trying to strike a good balance and thanks for sticking with me while I do!