Why Having an Older Sister is the Best and the Worst 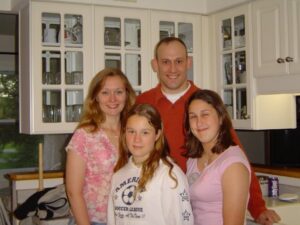 I know I don’t usually make any posts on Thursday but today I really needed to.  This is not a post about how having an older sister is great or how it sucks, as perhaps my title suggests. This is specific to my older sister and my relationship with her. First, I need to give you a little background information. I have a (much) older sister [she’s not old, just older.] She turned 17 just after I was born so growing up I kinda had a built-in babysitter. I got to go all these fun places to hang out with her boyfriends and they gave me stuffed animals and it was awesome!

And then I hit middle school and I’m not really sure what happened but at my eighth grade graduation party I remember getting really mad at her because she made a snarky comment about me having big boobs. Which, is true but when you’re just becoming a teenager things like that can be very upsetting. Thus began my incredibly rocky relationship with my sister. 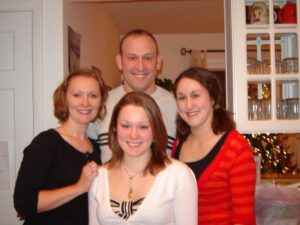 I would babysit my niece and nephew and she would do my hair and makeup for Homecoming and Prom and that was about the extent of our relationship. It wasn’t until about college when our relationship started to get a little bit better and we had family dinners on the holidays and then as soon as it came together, it fell back apart. There were family issues up the wazzo and my sister blocked myself, our younger sister and my mother on Facebook. Long story short, it had to do with my sister’s oldest daughter, Emma, and my family was divided on the matter. In the midst of the situation nothing was handled with tact or even how it should have been. That was shortly after Christmas of 2011.

Me, our mom, Cherie and Sarah. Thanksgiving 2010

For not quite two years, both Cherie, and my older brother, Jeff, had me blocked on Facebook. Jeff sided with Cherie and since I was in Iowa, I did everything in my power to stay out of the drama. I got weekly “reports” from Sarah and my mother and tried to say as little as possible as to not get involved. Based on the not-so-great relationship I’d had with my sister in the past, I never reached out to her. I was always a little jealous of my sister(s). Sarah and Cherie had a great relationship and it was actually Sarah that ended up reuniting the kids. For awhile I was so insecure with having dark hair because all my siblings were blonde, that I dyed my hair blonde in an attempt to look like them and be prettier. 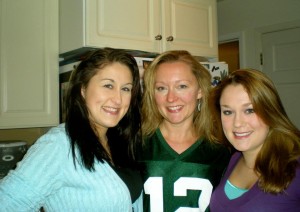 Anyway, Sarah set up a dinner between her, myself and Cherie. We went out for fish fry and Cherie’s side of the story finally came out. It ended up being a very emotional night. I’ve even been unblocked and gotten to see my niece and nephew again. My mom hasn’t been so lucky. Hopefully down the road that changes because I know it bothers my mom a lot. So that’s the back story.

Here’s the present. And the reason for the title of the post. For the most part, I’ve always considered myself the big sister since I grew up primarily with Sarah. But it was always nice to have someone who was a little older who was able to do my hair and trendier and cooler than my mom [sorry, Mom] and was even a lot of the time in my court. What I’ve learned most from my sister, and this probably isn’t the best thing to be known for, is our health conditions. Being older than I am, my sister, obviously got migraines before I did, she’s been pregnant and now she’s having a few health issues again. Because of my older sister I knew that I needed to get help for my anxiety attacks and that I was prone to migraines so I needed to take it easier sometimes instead of getting so stressed out. I’ve also learned from her and my mother, that I don’t have the luxury of putting off having kids until later on in life. Now I’m learning that I need to be on top of taking care of my heart. I don’t know enough to divulge the info about what’s going on. My sister’s a registered nurse so I’m fairly confident she’s played down the whole situation as to not worry her siblings. 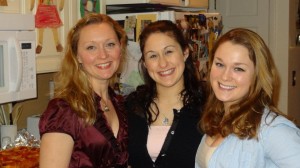 We’re a strong family so I know that we’ll get through this but I think maybe it would help everyone if my mom and Cherie would punch each other and then get over the whole situation. I know both of them have done some pretty shitty things to the other because at times my family has no idea how to act like adults. I’m not saying that anything bad is going to happen to my sister in the hospital, in fact, I’m praying that it doesn’t, but it would be terrible if something were to happen and she and our mom still were at odds with each other. I think they have both punished each other enough. My biggest worry is that they’ll get over this and then my mom will say something and Cherie will get even more stressed and this whole situation will get worse. I digress, my sister is GOING to be fine. I just need ya’ll to keep her in your thoughts the next couple of weeks.

And while you’re at it check out her awesome website [that I built her], SailorCherie.com, and buy some cool products. I’m hoping that she gives me the family discount.