Well, I attempted another Pinterest Nail Art Design to get my nails ready for worship. I’ve been going through and adding more nail art pins daily so I decided to attempt one of my newer pins.

To my discovery, it was just the picture and no tutorial at all. So, I decided to keep roughly the same colors (I switched blue for a mint color) and decided the lines could best be made with a bobbypin as apparently I don’t own any toothpicks. 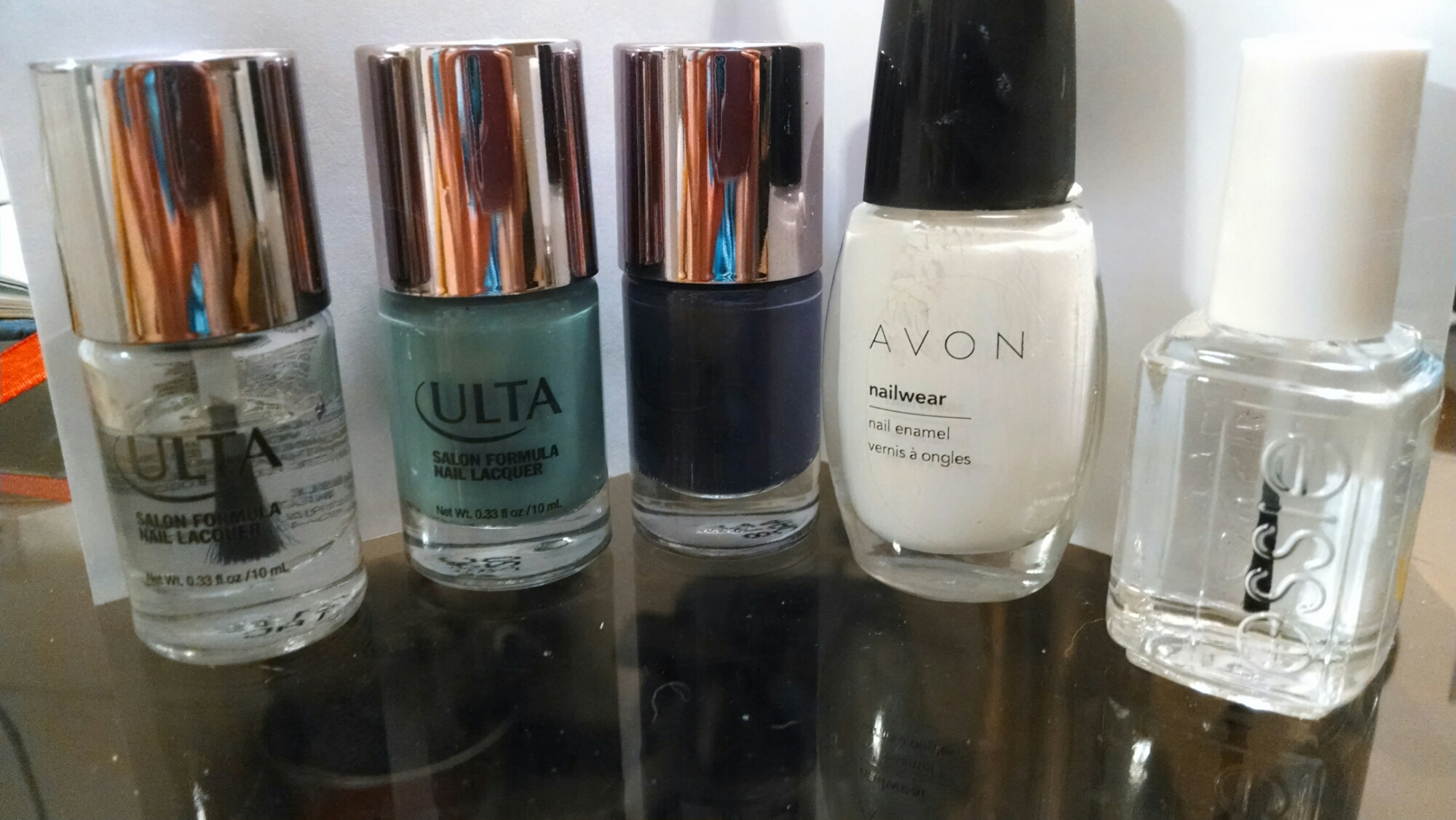 I decided to start with the white polish as that would probably need a few coats and would have to be fully dry before I added the top colors. I threw on some of the Essie Instant Dry Oil to speed up the process.

I painted on the other colors. Since the thumb isn’t visible in the Pinterest photo, I made the executive decision to make it the same color as my pinky. I painted an extra coat on the other nails and decided it was probably safe to add the lines to the white nails.
I decided I would add the purple, then the green and brush it out with the clear polish in hopes that it would pull the color down a little. Unfortunately there was extra oil still on those nails so when I added the color it spread. I added the purple to each nail and then the green but by the time I got back to the clear topcoat to pull the paint through, due to the Instant Dry Oil, the blotches were already dry. Ugh! So I dabbed a little more purple on and some green and it really looked nothing like what it did in the Pin. 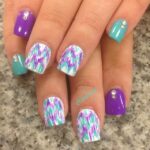 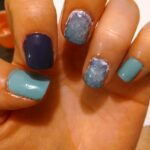 The picture really doesn’t do my nail art much justice, it really did look better in person. This was definitely a learning experience. Next time I will be more careful with the nail oil and will probably need to get a nail art pen for better results. I’m leaving the pin on my board so I can try this one again. Also, I need to find some better lighting because my kitchen light isn’t doing my any justice either!

Until next time, xoxo.