We landed in Barcelona at about 9pm and went through the usual process to grab my bag. Then we had to figure out how we were going to get to our Airbnb. This wasn’t like Ireland where we speak the same language, after all. Despite being a Spanish major in college, I haven’t had a job where I’ve had to speak Spanish in years. That’s definitely one of those things where if you don’t practice, you lose it.

So we’re trying to figure out how to get to the Metro station (it’s a decent walk, BTW). Once we get there, we have no idea which type of metro pass to buy or which way to go. Fortunately, there was a nice guy and I was able to show him my phone which had the address of the place. We bought a 10 ride pass and got on the next Metro.

It was about a half hour ride with one change over but we made it to Baro de Viver and made the short walk to the Airbnb. That was definitely a pro to our location – it was right by the red line. An important side note to this – Barcelona is trying to curb tourism – so to rent an Airbnb there was a security deposit. These deposits ranged upwards of $300 so in Barcelona we actually just rented a room from a couple. They were really sweet and even had two dogs, so that was amazing.

Anyway, we got to the Airbnb and chatted with our hosts and headed to bed.

We found a Kingdom Hall relatively close to where we were staying so we had planned to walk there. We left with plenty of time to make it – but we walked the wrong way – which put us behind. On our way to the meeting we actually crossed paths with some Witness’ on the street and they tried to witness to us which was kinda funny. When we finally arrived at the Hall the door was locked. We were buzzed in and then walked in to the meeting. A nice brother told us that the English meeting was downstairs so we walked down this narrow staircase where another brother met us and showed us to some seats. The meeting was good and the brother that read the Watchtower had a beard, y’all. That’s where it’s at.

After worship we went off to find tapas. We were recommended to a restaurant called Bodega La Puntual and they did have menus in English which was a plus. I remember we ordered patatas bravas but that’s about it as far as the tapas go. I remember them because they were delicious! The following day when we were out sightseeing we stopped at another restaurant and ordered more patatas bravas, a few more apps and what is now the best sangria I’ve ever had in my life (sorry, Ba-Ba-Reba!).

One of the best things about Barcelona is that they have an amazing metro system. Sarah and I ended up buying a three day pass- so we could ride the metro as much as we wanted those 72 hours. We still had our 10 ride pass as well, which came in handy when we punched in the wrong way on the metro. Since we already scanned at that station, we were able to use the 10 ride one to get in since our unlimited pass one wouldn’t work at the same station within a 10 minute period. Minus that one time, everything was easy to understand and figure out where we needed to go.

Anyway, the sights! We saw La Sagrada Familia, because even if you aren’t Catholic, you pretty much have to at least swing by it and check it out. There’s also a Starbucks near by, so that was a plus. It’s totally crazy how much time they’ve spent building La Sagrada Familia and how much longer they have to go.

On Monday we started off by visiting the Gothic Quarter and saw some amazing architecture. There’s just nothing like European buildings from long ago. America is nice but it just doesn’t hold a candle to Europe in this regard. We went to Magic Fountain as well. Sometimes at night they have concerts there and it’s all lit up but it’s just as pretty during the day. We climbed to the very top of the museum there which offers a gorgeous view of the city.

Finally, we capped off Monday with a visit to Casa Vicens – another house designed by Gaudí that’s now a museum. We didn’t go inside but there’s definitely enough beauty on the outside to capture the feel.

It would be silly not to mention the second issue we had on this trip. On Sunday while we were sitting in the park near La Sagrada Familia we decided to check out what time our train left for Marseille on Tuesday. It’s a great thing we did because – surprise! – France was on strike and trains weren’t running Monday and Tuesday. Umm, what? After double and then triple checking, we decide to head to the train station in the morning to see what’s up. We also looked in to the bus schedule and fortunately there was a bus running to Marseille on Tuesday. This was a serious relief because we would have needed to scramble to figure out our sleeping arrangements for another night in Barcelona.

So Monday morning, bright and early we headed out to the train station and sure enough, the train was not running to France. We walked to the bus station and shelled out the extra cash for the 10 hour bus trip. So, there goes another half day in Barcelona. Either way, it was a relief to know there was another option available to us. As a side note, we contacted Eurail and mailed the train tickets back and we were issued a refund for the train trip.

It was a super interesting bus ride, so be sure to catch all those details in the Marseille post! 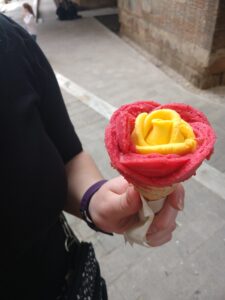 Sarah loves gelato. LOVES. So her goal was to eat as much gelato as we could find. We ate so much of it too! I have no regrets though because it was seriously delicious. The cutest one we got was this flower one and we just had to take a photo of it!

Anyway, let’s head to France, shall we? 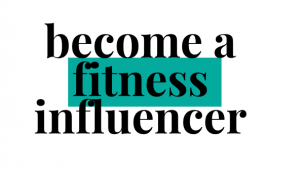